Some days you’ll be on the river on the perfect early fall day. The leaves hang onto their trees with fading hope and determined resolve. The water’s surface is tattooed with the outlines of a half dozen species of aquatic insects. The rod in your hand hasn’t had a bend in it all day.

Everything about a day fishing can be perfect, but sometimes the fish just flat refuse to eat. On those days, it’s seldom the fly that you need to change. It’s usually the presentation.

One of the most effective methods for presenting a fly is the Dead Drift. And if you don’t utilize this tactic, you’re missing out on catching more fish.

What is a DEAD DRIFT in Fly Fishing?

“Dead Drifting a fly” just means letting the current control the fly, not the fisherman or the fly line. You don’t strip, twitch, or add any sort of movement to the fly. And the line isn’t altering the fly’s drift. It’s just going with the flow.

What are Some Clues That the Fly is Not Dead Drifting?

When you’re attempting a dead drift, there are a couple obvious signs that your fly is failing to dead drift.

First of all, if your dry fly or strike indicator has a wake behind it, your fly is not dead drifting. The fly line is causing drag that is altering the drift of your fly by slowing it down. This makes the fly appear unnatural to fish.

Second, if fishing under an indicator or with a dry fly, watch your speed. If your fly or indicator is moving faster then the foam, bubbles, or debris around your fly then your fly is not dead drifting. Something is speeding it up or slowing it down, and it’s probably the drag on your fly line.

Can I Dead Drift a Streamer while Fly Fishing?

Dead drifting streamers is a deadly tactic for catching trout, especially big trout. It is especially productive while fishing perpendicular to the shore in water that is aggressive or with sharp sub surface drop offs.

The dead drifted streamers imitate dead or injured baitfish or prey items. These types of meals are exactly what a fat lazy trout are looking for.

To utilize this method, treat the streamer almost like you’re fishing a nymph without a strike indicator. Use line control to maintain a tight, managed line. Throw a few mends if you have to.

You can also high stick with a dead drifted streamers. Simply cast a short distance upstream and wait for the fly to drift down. When it’s close enough, raise your rod to keep the fly line out of the water, keeping your line tight.

Fishing a dead drifted streamer in rough, boiling water below a waterfall or dam can be especially effective. Simply cast right into the round water upstream and let out enough slack to allow the streamer to move freely. Then, just keep your line somewhat tight and hold on.

The fish hanging out in this area are used to getting big, east meals. But there will often be several fish hanging around competing for them. That’s perfect for you, though, since that means the strikes will be hard and aggressive. The fish will basically hook themselves.

Can I Dead Drift a Nymph?

I only dead drift my nymphs. In all situations, if I’m fishing nymphs then I’m using a dead drift. And honestly, I don’t see why anyone would fish any other way.

If you’d like to read about another nymphing technique called High Sticking check out this article: What is HIGH STICKING in Fly Fishing

A lot of times where I’m fishing, the fish are basically feeding right off the bottom. So I have to add a good bit of weight to my nymphs and give them plenty of time to sink down.

While your fly is drifting, pay attention to the speed of your strike indicator. If it’s moving faster or slower than other crap floating on the water, then you’re not doing a dead drift and it’s probably because your line is downstream of your indicator.

Learn how to setup a strike indicator in this article: How to Setup a Basic Nymph Indicator Rig for Fly Fishing

To solve this problem, simply mend your line by picking up the slack line by raising your rod, and flick it upstream. In these cases, a longer fly rod can make managing your line much easier. 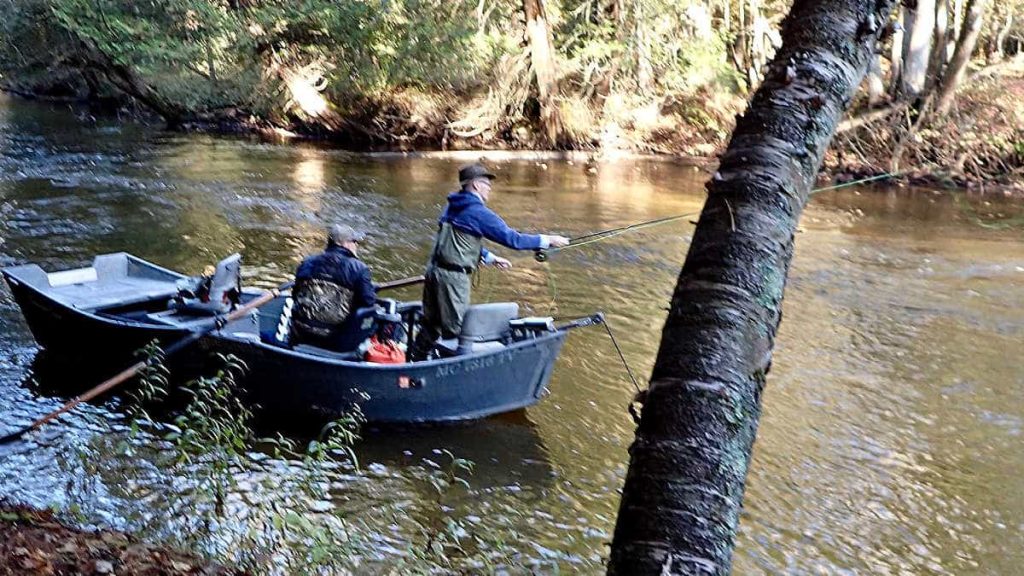 Can You Fly Fish in Windy Conditions? (7 Tips to Cast in Wind) 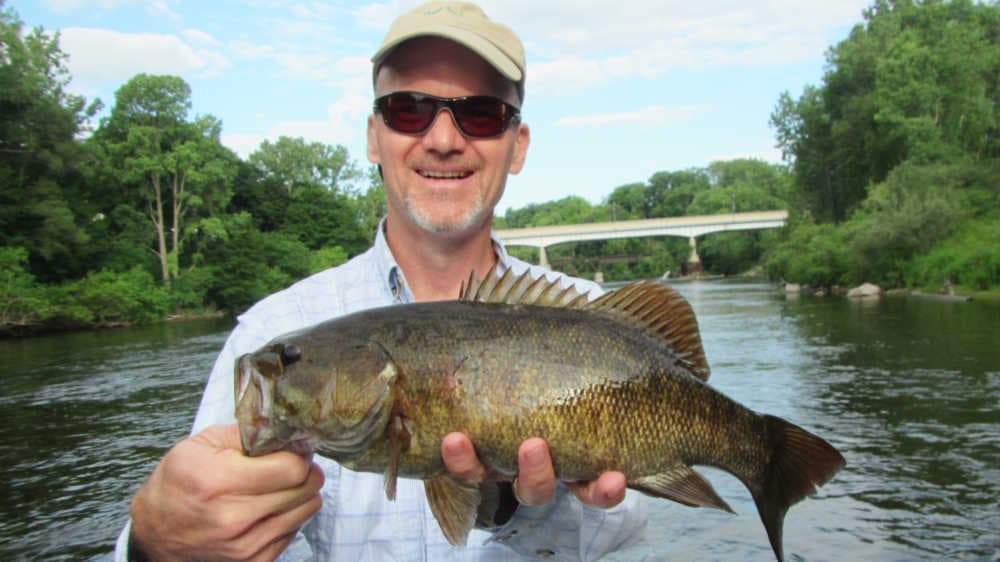 Can You Only Fly Fish in Rivers? (Get a PDF Guide For Lakes) 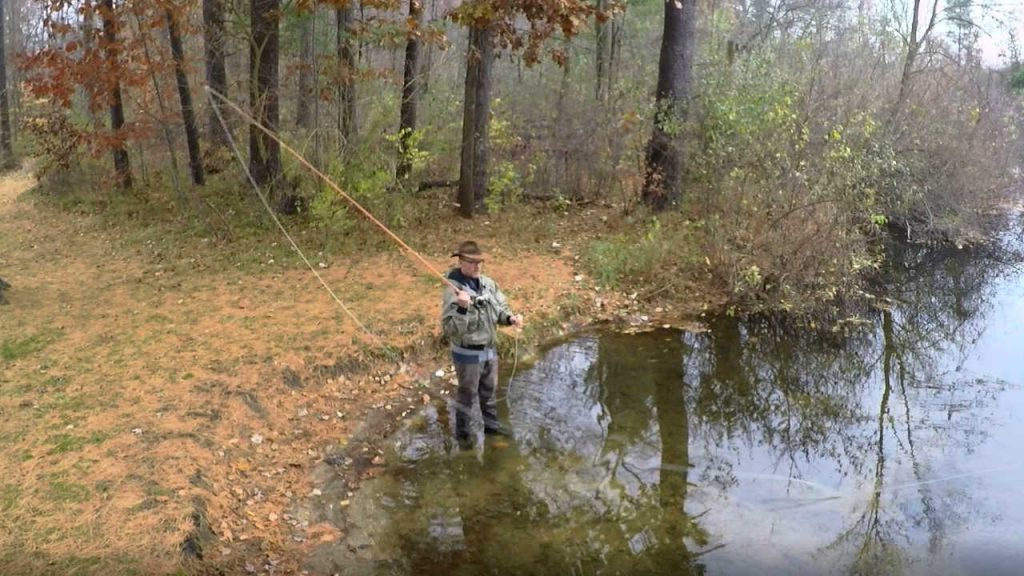 Mastering the Roll Cast with a Fly Rod (Illustrations & Video)

No angler on planet earth has perfected fly fishing. Whether they’re lacking technique or have… 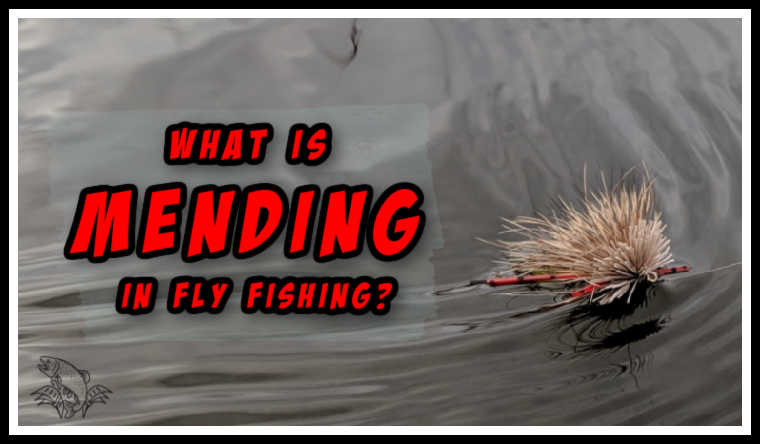 What is Mending in Fly Fishing (With Video)

Successful fly anglers pay close attention to the details. It’s easy to get distracted by… 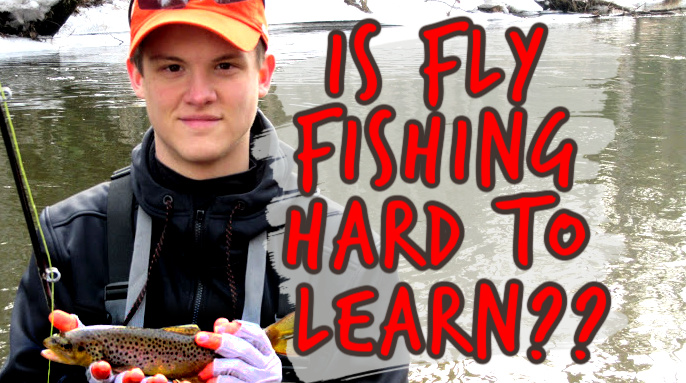 Is Fly Fishing Hard to Learn?

I recently got married, and when my wife introduces me to her friends or family… 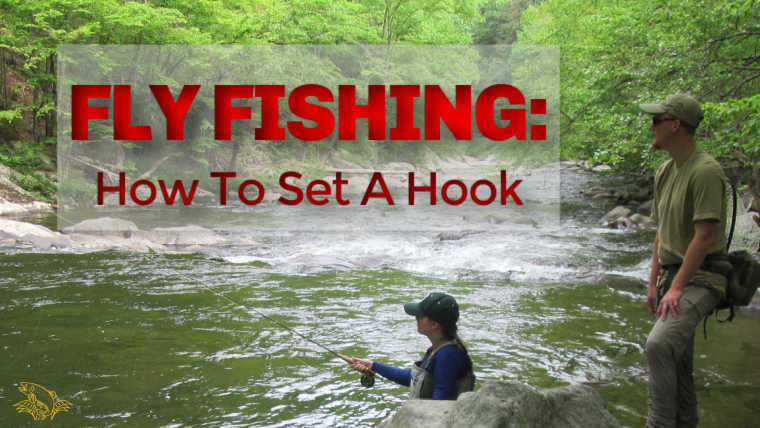 How to Set the Hook When Fly Fishing

A few years back, I was on the Utah section of the Green River with…

Can I Cast Upstream and Dead Drift Flies?

Yes, and in many scenarios, this is the best tactic.

One of my favorite fishing holes on the lower Provo in Utah is a deep run of wuickly moving water. In the middle of the run is a large boulder that gives the run a wicked cross current, and to the side of the run is a deep pool of reverse flowing water.

Because of the confluence of so many opposing flows, drifting nymphs through this spot is exceedingly difficult. If you cast from the deep pool, your line gets dragged up streams with the current. If you cast from the side of the boulder, you have to add too much weight to get it to depth in time. If you add enough weight to get it down quickly enough, the indicator would quickly be sucked down.

I tried everything from adding a half dozen split shot, to high sticking, and even fishing from the top of the boulder (it was a dangerous maneuver that I was sure was going to pay off splendidly, but it didn’t). It was an extremely frustrating process as the browns and rainbows were actively feeding in the run, comfortable even with me standing so close.

While still trying to figure out how to fish this run, I was walking from the boulder side to the deep pool. I continued to cast as I walked, so that I didn’t have to reel in all of my line. On a cast that just happened to land past the boulder and the deep pool, I watched as my strike indicator do a perfect drift that was only interrupted by the sudden, spontaneous movement of my indicator that could only be a fish.

I stripped in line with my left hand while simultaneously raising my rod as quickly as I could. The rod bent like I was hung, and shook like I wasn’t. After a few minutes and a couple glorious jumps, I lost the fish. BUT I had finally figured the run out.

I spent the rest of that afternoon standing in the middle of the river, casting directly upstream, stripping in my slack line, and dead drifting my nymphs. I caught more fish that day on the Provo than I had in my life.

1. Keep as much line off the water as possible

One of the easiest ways to dead drift a fly is to keep your fly line entire off the water by utilizing a High Stick or Dapping technique. To do this, a longer rod helps but is not necessary.

The longer and lighter the leader, the more naturally and “dead” your fly will drift. This is because the line will have less surface area and therefore be less affected by the force of the currents.

3. Tie your fly on with a loop knot

Using a loop knot allows your fly to bounce around on the end of your line, and appear more natural during its drift. This is perfect when you’re trying to dead drift your flies.

4. Position yourself for the best cast and watch how the bubbles and debris float down stream

The perfect, dead drift is as much about prior preparation as it is about execution. If you choose the right spot, and have the right plan, achieving a dead drift can be easy. You just have to read the water and pay attention to the forces acting on the drift area.

One of the easiest ways to tell how the water is behaving at the surface is to watch the bubbles, foam, and debris that are floating on the surface. Make sure your fly or indicator is moving at the exact same speed as the crap on the surface. If it’s moving faster or slower, it’s not a dead drift.

Another method to dead drift a fly is to feed your line directly downstream. I had success with this method while fishing a salmon fly hatch on the Henry’s Fork during a massive hatch.

Simply cast up or across stream, and allow the drift to continue until your fly is directly downstream. Then, at the same speed as the current, feed more line.

Wondering where Henry’s Fork is? Check out this article on the Best Places to Fly Fish in Idaho.

Looking to Improve Your Casting – Let Me Help