The Green River is a hidden gem with some red canyon walls that glow like rubies under the sunlight. The river sparkles like well-polished emeralds during the day, and the fact that it’s home to a vast number of trout that have lured fly anglers from all over the world is a bonus. Therefore, there is no reason why the Green River, Utah, shouldn’t be on your fly fishing bucket list or your next fly fishing destination?

The Green River fishes the best from spring to early summer. By August the fishing slows then starts picking up again by mid-September.

The warm water from the Flaming Gorge Dam increases fish metabolism by introducing the most consistent aquatic hatch of the season.

Have you ever dreamt of fishing for trout in one of the world’s most beautiful places? Then you should try the Green River. The Green River is arguably the United States’ most prolific trout stream, with over 20,000 fish per mile. (source)

Why Is the Green River Considered the Most Prolific American River?

The Green River is situated right below the Flaming Gorge Reservoir, and it stretches through the American states of Colorado, Utah, and Wyoming. The 730 miles starts at the Wind River Mountains and ends in western Colorado. (3)

The Green River is considered one of the best trout fishing streams in the United States. In fact, according to the UDWR (Utah Division of Wildlife Resources), there are over 20,000 fish per mile for the first few miles right below the dam. By comparison, River Madison in Montana had over 4,500 per mile before the whirling disease crashed the rainbow population. (source)

The Green River is home to various species, including cutthroat, rainbows, browns, and brookies. Plus, the average size of these fish ranges between 16 and 18 inches, but you can get a trophy 20-inches long fish.

The biggest fish caught in this river weighed about 29 pounds, and it was captured near the dam. (source) Therefore, if you’re looking for a trophy gamefish and want to have fun at the same time, you have come to the right place

And thanks to the annual stocking process by the UDWR that boosts the limited amount of propagation that occurs in the river, you will never have to worry about a low season. The cutthroats and brown trout have gotten used to the other species’ natural reproducing method.

The stocking process is quite interesting, and during this process, the river is raised, and the fish is distributed. During and after the raising process, woolly buggers and huge streamers will attract huge fish attracted to the food supplied by the UDWR. (source) Many huge fish attract fly anglers from all over the country, which happens between June and August.

Unfortunately, the incredible productivity turns the canyon-framed river into a crowded place with floats and wade anglers, especially in summer. (source)

Guide Pro Tip: So much of fly fishing is about the timing and the flies. Read about the beginner flies I recommend in this article: Best Flies for the Beginning Fly Fisher

When Is the Best Time to Fish the Green River?

The straightforward answer to this question is anytime; after all, the river can be accessed all year round; plus, the fish don’t winter in the Green River. But this answer is rarely satisfying to most folks asking this question; and that is because the correct answer is usually determined by their busy schedules and their fly fishing experience.

Some experienced fly anglers prefer perfecting their skills when the river is less populated; therefore, they will avoid the high fishing seasons. Or fish in the less populated areas, with less fish between April and September. So, when is the best time to fish the Green River in Utah?

If you plan to go fishing during the high season when the hatching bugs are plenty, and the weather is pleasant, you should expect to share your favorite fishing spot with lots of folks. Fishing from late June to Labor Day when the rafters are in force will mean you have to be ready to fish in a crowded river.

During the prime fishing season, which is usually in spring and early summer, the rafters and anglers concentrate more on the A-stretch (from the dam to the tiny hole). But despite the number of anglers, fishing in this region is extraordinary. The trout in this region are used to the traffic, which has little to no impact on their feeding patterns.

However, the fishing gear of the experienced angler does suffer in the crowded region, so you may have to move a mile down the dam or 2 miles above the Little Hole for a private session. Luckily, the fish population is relatively high and well-distributed enough that an area of about 100 yards can keep you and your friends busy for hours.

For a more solitary experience then, you should try fishing in the “B” or “C” stretches during the high seasons. But you will have to trade this for a more technical fishing experience and fewer fish. The lack of structure in this region makes the different fish species skittish and requiring more skill. Fortunately, the fish tend to be huge in this region. (source)

If you go fishing during the off-season, you may encounter fewer crowds, but you will have to deal with tougher weather. So, make sure you’re better prepared for the cold season. The off-season also means fewer anglers to compete with, which can be very relaxing.

The season stretches between mid-October and March in terms of human usage. Even though the hatching insects’ activity reduces considerably, the midges are known to hatch all year long.

In winter, the fish concentrate in the deeper parts of the river, where they can easily conserve their energy while dredging with streamers and nymphs. Therefore, if you plan on catching something, you should be ready to cast a couple of times before catching something or your line freezing.

The best time to fish during the off-season is between Mid-September and early November. A perfect combination of fall foliage, fewer anglers, and fish gorging as they prepare for the winter creates a pleasant fishing condition. (source)

Guide Tip: We all want to hook into trophies. The Green is know for big brown trout, have you ever wondered how big they can get? Let me give you the details in this article: The Biggest Brown Trout Ever Caught

What Are the Best Months to Fish in the Green River?

For most experienced anglers, the best times to catch the biggest fish are in March and April. During these two months, the water temperature of the cutthroats and rainbows are feeding heavily, the flow is excellent, and the water is starting to warm up. Therefore, you’re guaranteed a great fishing experience.

But by mid to late May, the flow from the dam goes higher than 4,800 cubic feet per second for about six weeks. The increase in flow is federally mandated and designed to protect endangered species like razorback suckers and Colorado squawfish. Therefore, the best place to fish is about 4 miles below the dam. The best bait to use is the minute, midge-type nymph patterns between the sizes 18 and 22.

Where is the Green River?

Having a map is always handy. Check out the below from Utah Division of Wildlife Resources

The Final Cast on the Green

The Green River is one of the world’s best fly angler’s destinations that is open all year round so that you can fish anytime you are free. The best time for fishing is between late June to September, but you should be ready to share your favorite fishing spot with many other anglers. You can also move a few miles away from the crowded places and try your luck or visit the river during the low season. 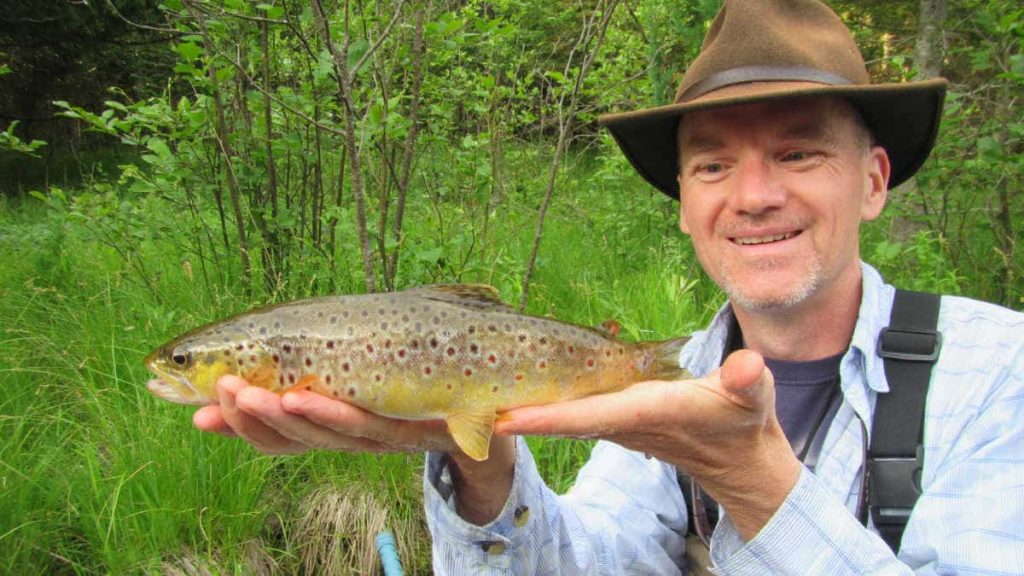 How Much is a Fishing License in Utah (Regulations and More)

Despite being a landlocked state, Utah does offer some of the most fantastic fishing experiences… 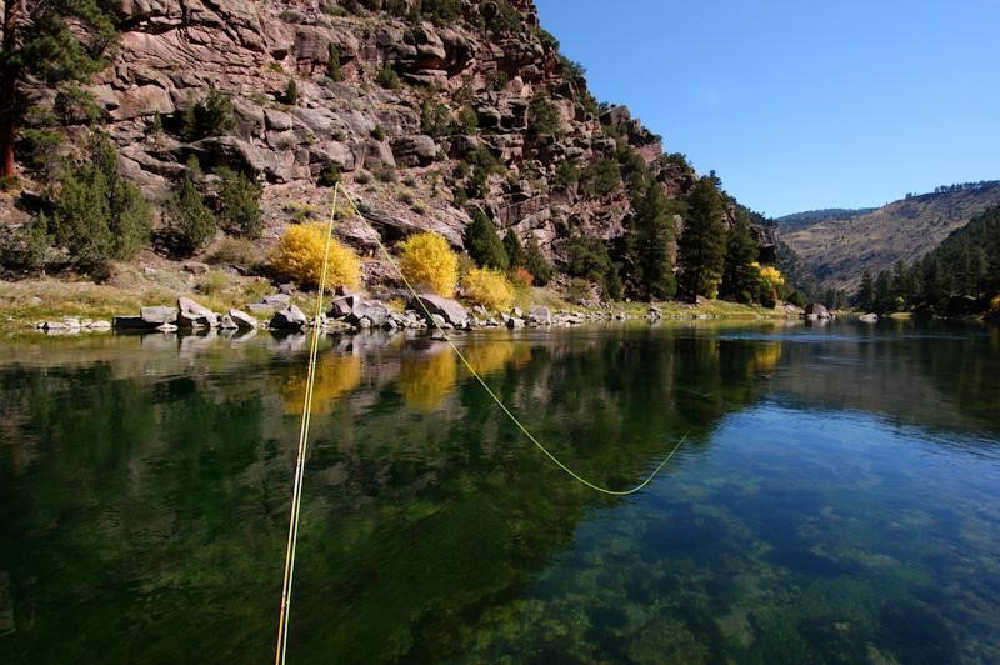 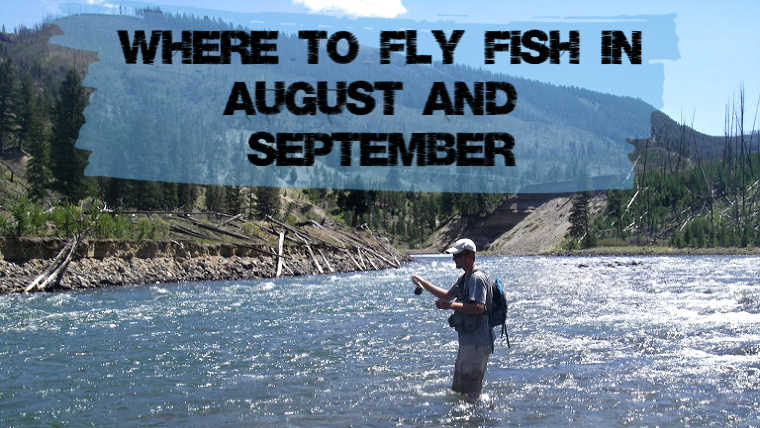 By August, fly anglers are in peak condition. The rust of the winter months is… 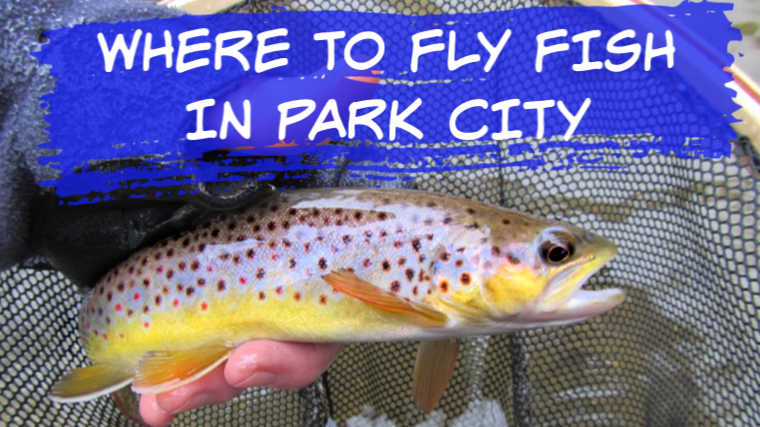 Mention Park City to anyone in the Rocky Mountains, and they’ll almost always think of… 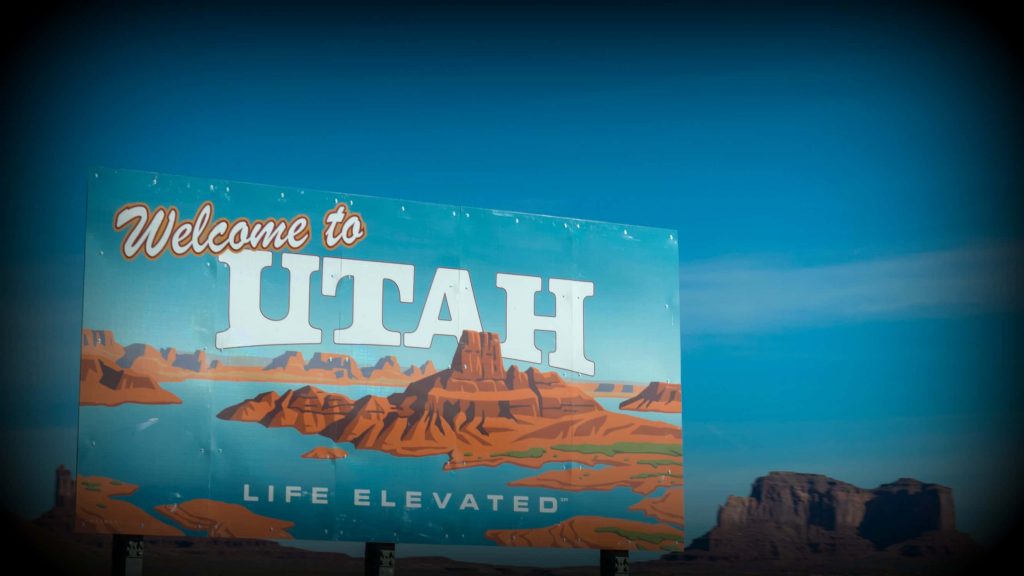 For me, writing this piece was like walking through the hallways of my old high…