What is the Biggest Bluegill Ever Caught? 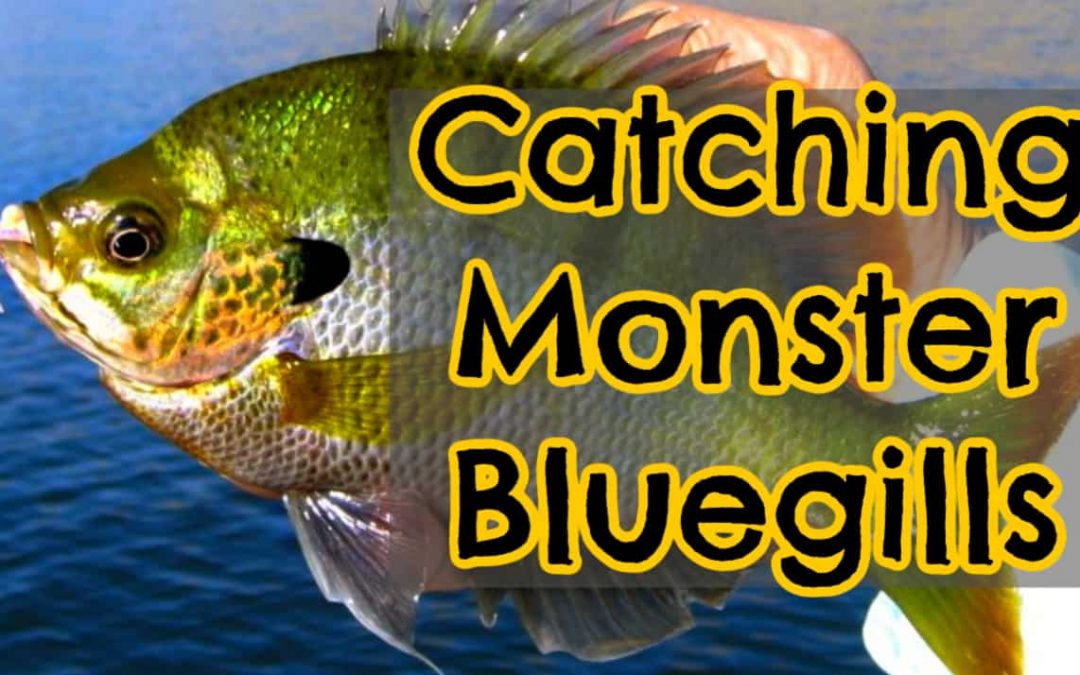 Ah yes, bluegills. Bluegills are one of the most common and sought-after fish in North America, and they can be found in essentially any body of water in the Continental United States. It’s the fish we catch as kids by simply casting out a bobber and a worm.

But there’s another reason for its popularity beyond ease of catching and making for great table fare. Pound for pound, the bluegill is one of the hardest fighting fish out there.

There is a hardcore group of anglers that pursue the largest bluegills that swim, many of whom fish for them solely by fly fishing, and many of them dream of catching the next world record bull bluegill.

Imagine hooking into a 4-pound bluegill on a light fly rod. It would be incredibly intense.

The Biggest Bluegill in the World

The world record bluegill recorded by IGFA or the International Gamefish Association was caught in 1950 at Ketona Lake, Alabama.

Read more about bluegills and the IGFA record with this link – https://igfa.org/igfa-world-records-search/?search_type=SpeciesID&search_term_1=96

This bluegill weighed in at a whopping 4 pounds 12 ounces and came in at 15 inches long with an astounding girth of 18-¼ inches.

Where Can I Find Big Bluegill for Fly Fishing

Ketona Lake is actually two separate lakes, both of which are very small in terms of surface acreage. The lakes have an interesting history in their own right. In the early 1900s, they were pit mines where a mining company dug for limestone and dolomite. LINK

Although the surface acreage is small, the depth of these manmade pit lakes is substantial at 1000 feet deep. According to local sources, the miners hit a spring, which flooded the pits, with workers barely escaping with their lives and consequentially leaving all equipment to the depths of the newly founded lakes.

Over the years, the lake has become a popular fishing and swimming destination despite the cold-water currents produced by the spring that filled the lakes. This cold-water spring and current results in swimmers getting cramps, and there have been multiple drowning incidents over the decades.

Where is Ketona Lakes and the Home of the Biggest Bluegill?

In 1947 a few years before the world record bluegill was caught, another fish was caught at Ketona lake that set the world record. This was an indicator of things to come. Known as the “Mackenzie Monster,” it weighed in at 4 pounds 10 ounces.

Word got out about the Mackenzie monster, and it wasn’t long before someone went to try to catch another giant bluegill, and three weeks after the Mackenzie fish was caught, another behemoth of a bluegill was caught that weighed in at 3 ½ pounds, and before 1947 was over another 2 ½ pound fish was caught, it was only a few years after that it would produce the next world record.

The second world record fish, which was also caught in the same lake as the “Mackenzie monster,” only beat it out by a mere 2 ounces, but when it comes to fish of that caliber, 2 ounces makes all the difference.

Sixty-seven years after the world record bluegill was caught, it still reigns as the biggest in the world. While some monster bluegills have been caught up to the present day, there are many anglers who believe that the record may never fall.

Located in the State Recreation Area, Lake Perris is surrounded by hills and small mountains. Being a man-made reservoir the structure that creates was “built-in” before filling. One of the most popular hot-spots is the “Tire Hills” created by cabling large construction tires together. I can visualize how fish Bluegill and Bass would just love this!

The lake is approximately 3 miles long and a couple miles wide. The marina and boat launch is located on the north side of the lake with plenty of parking. I would recommend getting to the lake early on a week day, to avoid the crowds and get to one of the better areas with under water structure.

How big are the bluegills in Perris?

This is the amazing thing, Lake Perris was planted with a hybrid Florida bluegill that is known to grow HUGE. The record is 30 cm long – fractions of an inch under a FOOT long.

I would concentrate fishing by Sail Cove right by the dam and around the marshy areas on the north west side. If you have electronics it would also help to search out some of the hidden man made structure.

Back in 1980 a monster bluegill was pulled out of a strip mine lake in Hopkins County, Kentucky. Pictures of the fish are still around that show a mounted “Gill that has a silvery color. The fish weighted in at 4lbs 3 oz, this incredible fish was caught by Phil Conyers.

Watch a great video about this fish on PBS with this link – https://www.pbs.org/video/kentucky-afield-bluegill-record-holder-recalls-catch-lifetime/

Read more about Kentucky state records at Kentucky Department of Fish and Wildlife.

In 2020 a 13-year-old caught a 2 lbs 5 oz monster in Oklahoma. Young Joshua Thomas caught the bluegill from a private pond near Tahlequah and was a couple ounces under the state record. Lots of news captured the moment. Read more about it at Oklahoma News 5 – here’s a link. Boy catches bluegill in Tahlequah pond and almost beats a 33-year record

The bluegill is native to North American and is commonly found in most waters east of the Rockies, where they inhabit streams, creeks, ponds, lakes, rivers, and reservoirs.

Bluegills like to inhabit areas with dense cover which offer them protection from predators and can be found in areas with brush, stumps, dense aquatic vegetation, and tree-shaded banks.

Bluegill will also travel to deep and open water to suspend in schools as well and are not just limited to being found in shallow water with structure, and in some bodies of water the biggest fish might be around deep structure.

More recently, the bluegill has been planted in other bodies of water around the world, and can now be found in Oceania, South America, Europe, and even Africa. In Japan, they escaped captivity and have become a very destructive invasive species, and such is the case in many other habitats where they have been introduced outside of their native range.

Where Can I Find Bluegill for Fly Fishing?

As mentioned earlier, bluegill can be found in pretty much any body of water in the United States that has suitable habitat and deep water that doesn’t freeze out if you like in the northern regions.

Places like ponds, rivers, creeks, streams, lakes, reservoirs, old quarries that are now filled with water, you name it, chances are bluegills live there.

Chances are if you’re going to attempt to pursue bluegills you already have some places in mind. When you fish for them on your target water, be sure to check the most obvious places first, this can be weed beds either emergent shallow weeds or deeper weeds that top out well below the surface.

Other obvious areas would be banks with trees or brush that is submerged, stumps, lily pads, and even around manmade structures like docks or piers.

Many of these areas can be accessible from shore without you needing a boat, but you could also easily get by with a kayak or canoe as well!

If you have a boat and want to get more technical with your bluegill game, deeper water and suspended bluegills typical run bigger in size and receive far less fishing pressure, but they will require time and effort to find them if they are suspended and they are always on the move.

Tips for Catching Bluegill on a Fly Rod

Record breaking bluegill are going to be found deep in the water column and the best way for a fly fisher to get down to these fish is to toss full sinking fly line with a streamer. I describe the technique in this article – What are Streamers in Fly Fishing and How to Fish with Them.

An important thing to consider is lake STRUCTURE. I’ve described how to position yourself for the best chances by understanding the flow in the lake and getting into a down wind position.

Steamers are the name of the game for big bluegills. These fish are searching for a big meal, so streamers like a Clouser minnow is perfect.

Another great option is going to be a Mickey Finn. Rig this streamer up with a sinking line to pull the fly down deep and strip it back in at varying speeds until you fid out what the ‘Gills are looking for.

The last suggestion might not catch the biggest bluegills but the excitement of watching a sunfish come up and SLAM a popper is AWESOME! Easily this is one of my favorite ways to catch fish on a fly rod.

Reading the Water to Catch a Record Bluegill?

The story of the world record bluegill, or shall we say bluegills in relation to a single body of water is very interesting. Who knows, maybe you can find some deep bottomless pit full of bluegills and finally catch the new record after 70 years with the monster of all mutant bluegills!