A ‘heathen misfit’ or a ‘kids toy’ wonder fly, whatever your thoughts are on the Squirmy Wormy, I can tell you one thing. They are irrelevant! This pattern catches fish and does so in whatever conditions you fish it in.

The fact is that even the purist of fly fishers, you know those anglers that only fish a size #16 Cahill on a 15-foot leader at a certain time of the day and year and who turn their nose up to any form of nymph fishing. Yip, we all have at least one of them as a mate, I will tell you right now that they all have a secret fly box with a few squirmy wormies stuck away somewhere in their fly jacket or chest pack.

I think it’s best just to be fair to ourselves and admit that there are very few flies that can produce fish so quickly and often in the worst condition. I will admit that I don’t carry enough of them and that I will be the first to switch to a squirmy should I think it’s the right time (nothing else in the fly box has worked).

My first introductions to the squirmy wormy were on a rather embarrassing occasion. I was guiding a client on a tricky stretch of water, but a section of the river that I was very familiar with. On this day, the fishing wasn’t great or terrible but we had to work for them. Approaching the last deepish pool of the beat, a pool which I usually drift with a large hopper or spider to get those surface eats or swing a jig bugger through to get those very stubborn fish to eat.

On this day, neither of these methods were working, and I was left a little stumped, to be honest. The client suggested a squirmy wormy, and in a last-ditch effort to get a final fish, I tied one on for him.

Well, needless to say, he ended up pulling three fish from the pool and left me a little sheepish. I wasn’t sure who was supposed to pay who, ha-ha.

From that day forward, the squirmy wormy has been a permanent resident in my fly box.

Why the Squirmy Wormy is Great

What makes this pattern so effective? Well, if we look at what it needs to imitate, the worm! It’s pretty clear why it works so well. What fish doesn’t love a good worm?

The squirmy wormy is a great pattern to fish in the high-water conditions just after the rains. The water would wash out any terrestrial worms from their burrows and make them easy targets for the trout.

A Little History of the Squirmy Wormy

Not much to report back in the history department of the squirmy. It’s been said to have possibly been influenced by Pennsylvania angler Fred Bridges. His pink chenille worm is a great fly, and the squirmy is just a hybrid, more wiggly version of this. Check out some of Fred’s patterns when you have a chance.

The bright colors and movement of these patterns are what I believe makes them so effective and deadly.

What Fish Does a Squirmy Wormy Catch?

In short – anything you put it in front of. It is just one of those patterns that works every time. I am, however, of the opinion that the squirmy effectiveness is because the fish haven’t seen anything like it before. I say this because I have fished waters where I know the fish have seen the pattern frequently, and on average, I will get fewer fish on that water. But I suppose it’s like any new fly or pattern. The fish love it until they get used to it.

How to Setup a Squirmy Wormy

The squirmy is a very versatile fly to fish and can be fished in numerous ways.

GUIDE PRO TIP – this is a great way to fish for those stubborn fish that inspect the fly then choose to leave it. This is also a brilliant method for spring bass. Especially when they are over their nest and not wanting to eat,  twitch the squirmy past them enough times, and they will eat out of sheer frustration.

What Does the Squirmy Wormy Represent

The squirmy wormy is a worm pattern and represents a blood worm or any terrestrial worm that may get washed into the water system during a storm or for whatever other reasons. The bright colors may not be very true to the natural specimen, but they sure are triggers and work wonders.

Below are my favorite patterns and ones that will always be in my box.

Beadhead Squirmy Worm – Size 14 is my favorite. Red, orange and pink always seem to produce. A great searching pattern on those tough days.

Squirmy Wormie jig– this is my go-to pattern with the jig hook. The hook rides point side up and don’t get snagged as much. I like to fish them in reds and pinks on a size #16 and #18 hook.

Squirmy Wormie Light– this is a great lightweight version to fish a dropped fly or under a dry if you choose. It is also a great little lightweight fly to fish in those shallow fast runs that have plenty of pocket waters

Where to Buy Squirmy Wormy

I’m a firm advocate for tying your own flies. The joy and pleasure you get from catching a fish in your own pattern are good. I do, however, understand if you don’t or can’t, and that is why we have fly shops and online stores that tie wonderful patterns.

So, if you don’t tie your own flies, then please buy them from your local fly shop and support them where you can.

If you don’t have a local shop in your town, then I would recommend the Umpqua online store. They have signature tiers and a massive selection of great patterns.

How to Tie Squirmy Wormy

One Last Cast with the Squirmy Wormy

You can choose to love or hate these flies.

I, for one, like them, and while they may not need much or any skill to tie them, they will always have a place in one of my fly boxes. I may even have a full box just for them. WHO KNOWS!

If you aren’t a believer, give them a try next time you are out of options. What do you have to lose? 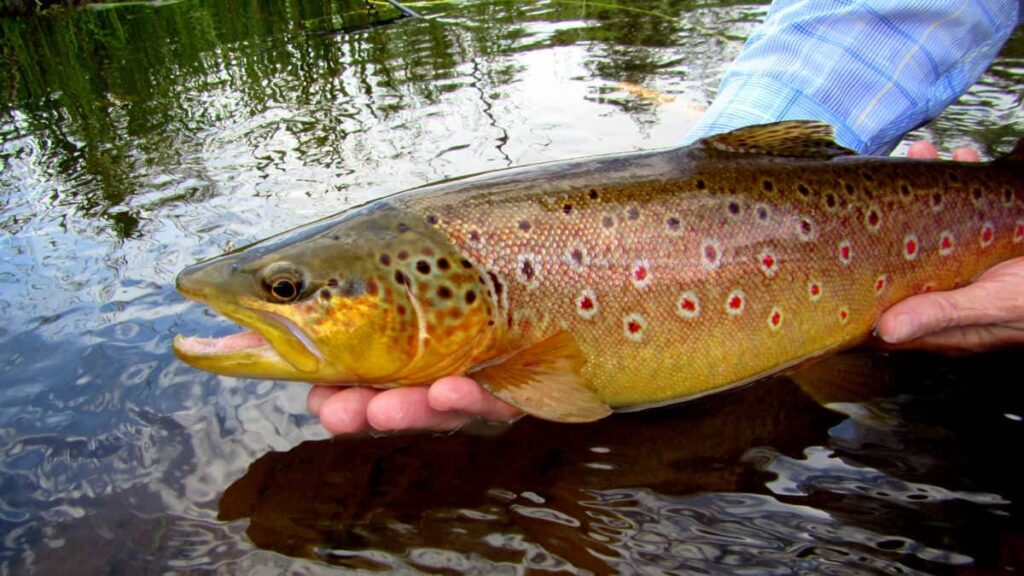 Junk Flies? Does such a thing exist, and if so, what on earth are they? I must admit that I had to do… 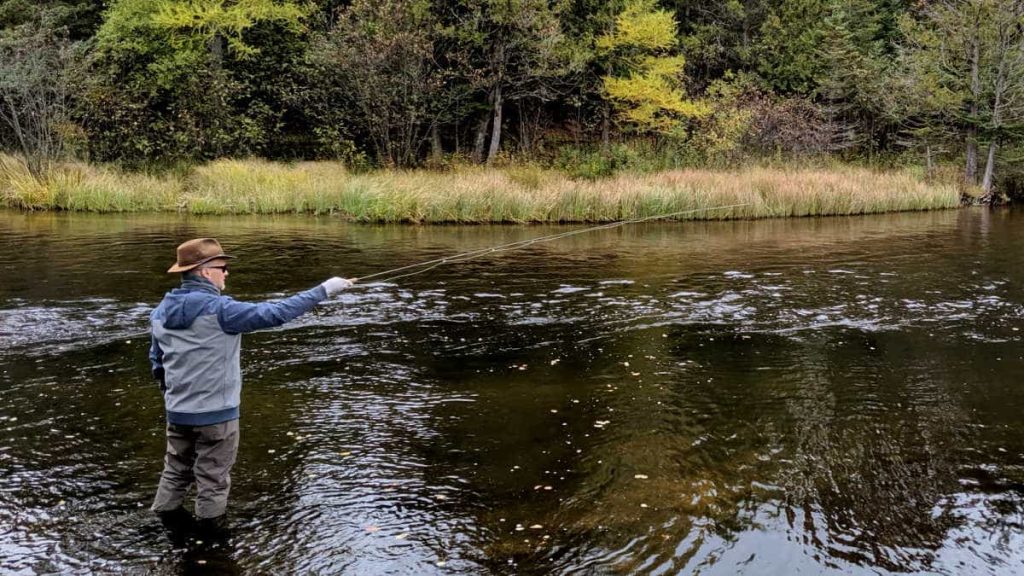 13 Best Perdigon Flies (Why They Work)

A fly pattern that has probably caused more controversy and conversation over the few years, more than any other fly pattern is the… 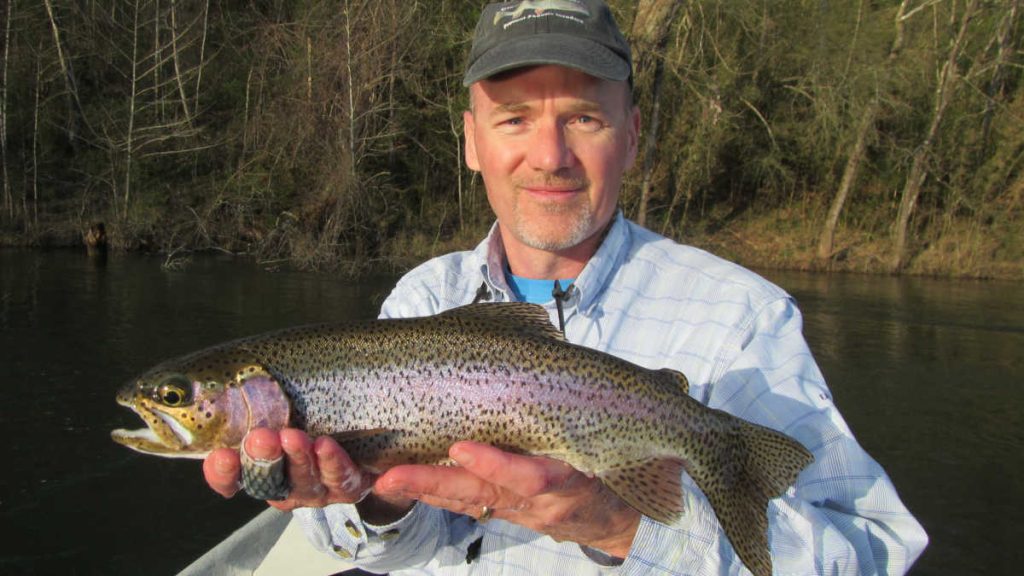 Complete Guide to Fly Fishing with the Squirmy Worm (Setup, Fish, and More)

A ‘heathen misfit’ or a ‘kids toy’ wonder fly, whatever your thoughts are on the Squirmy Wormy, I can tell you one thing…. 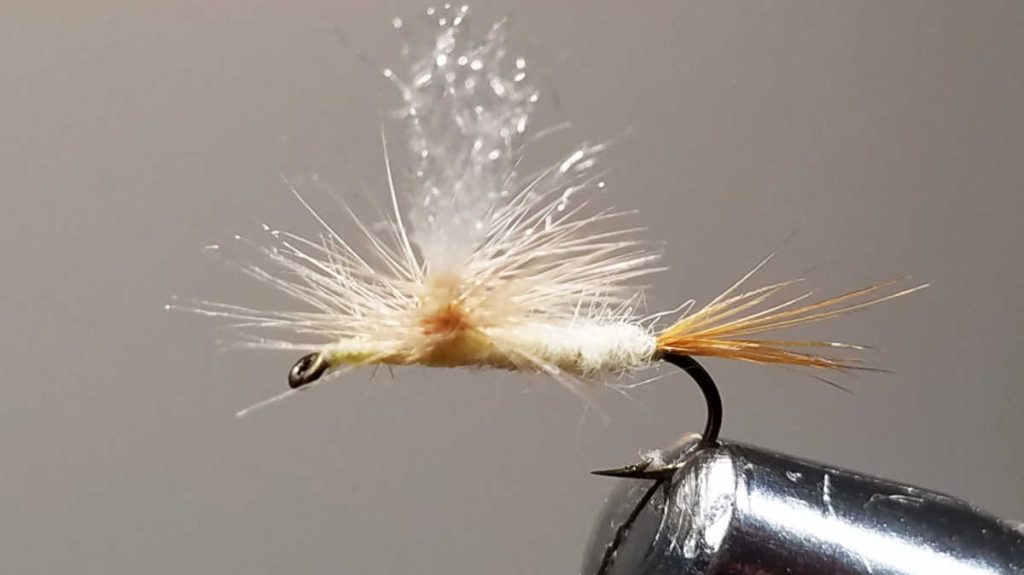 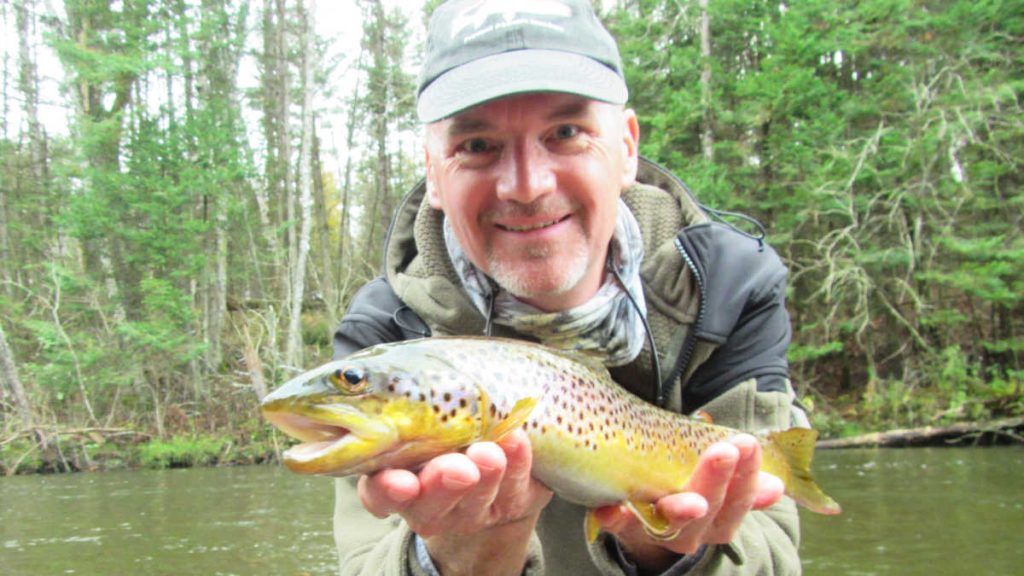 Complete Guide to Fly Fishing with the HARE’S EAR NYMPH

One can’t write about a guide to flies and how to tie them without including the famous Hares Ear Nymph, GRHE, as known… 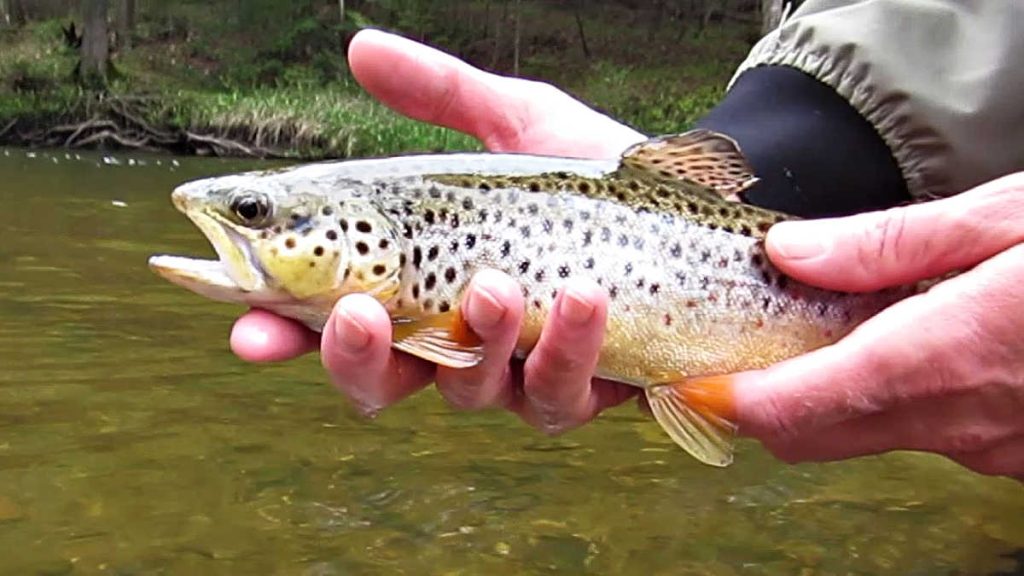 Complete Guide to Fly Fishing with the Pheasant Tail Nymph

The Pheasant tail nymph is one of those fly patterns you would most definitely come across when starting out. Whether you started fly…

A thanks to the great folks at UMPQUA for picture use. Umpqua World’s Best Flies