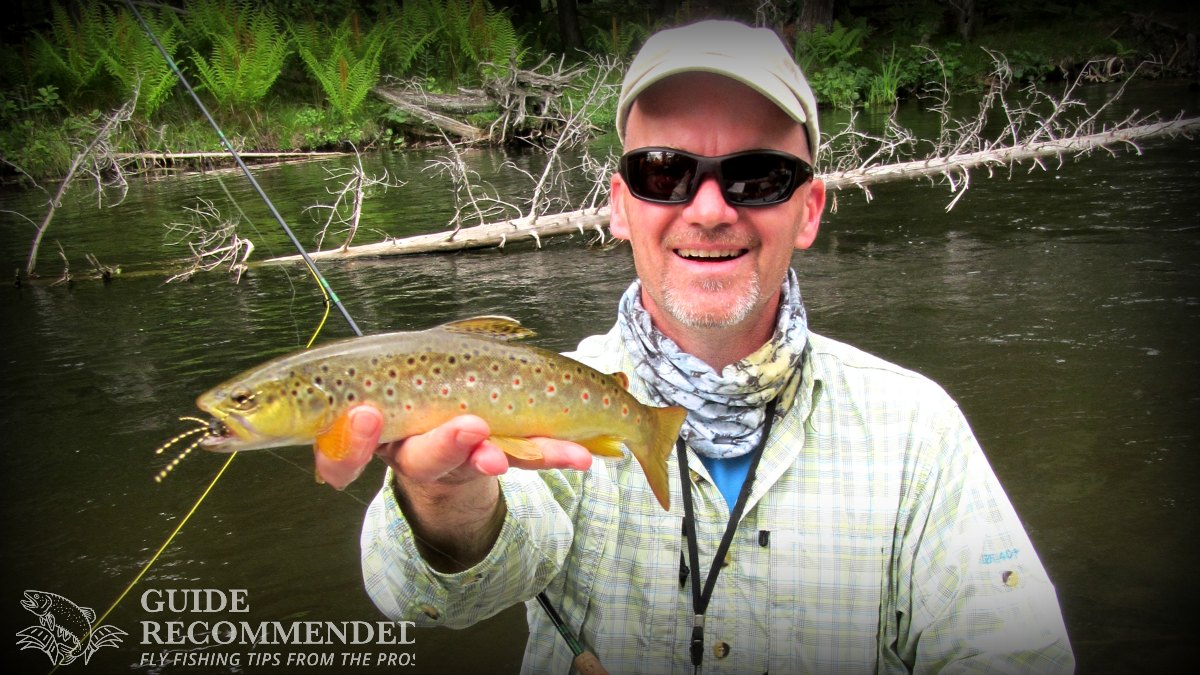 Nymph flies are relatively basic in design and most are quite drab ? nothing special to look at. But the techniques used to fish these buggy concoctions of fur and feather can get wildly complex in a hurry.

However, when you’re just kicking off your nymph fishing journey, there’s no need to complicate things. Simply find a way to get your zebra midge or gold-ribbed hares ear nymph into a trout’s feeding lane and there’s a good chance you’ll hook up.

Okay let’s be honest, while nymphing can be that simple, you’ll inevitably find yourself faced with fishing conditions that mess up your straightforward presentations big time. Luckily, thanks to countless innovations by dedicated nymph anglers over many years, you don’t have to reinvent the wheel every time you’re faced with a new nymph fishing challenge.

That’s where the many nymph fishing styles and techniques come into play.

In later articles (chapters) we’ll go into fine detail on how to fish each of these nymph fishing techniques, but let’s start with a brief walk-through of the most popular and effective nymph styles to show you what’s available.

When it comes to simple methods of nymph fishing, no style is more stripped down than traditional nymphing.

At its core, traditional nymphing is centered around achieving a drag-free drift to make the nymph flies look like a trout’s natural food tumbling down the river.

While there are many sub-techniques and strategies used in traditional nymphing, the basic procedure looks like this:

If this process seems remarkably similar to how you’d fish a dry fly, that’s because it is. Think of traditional nymphing as dry fly fishing but with a nymph instead of a dry.

Basically, the methods used in traditional nymphing are how anglers fished all their flies dry, wet, didn’t matter before the advent of modern nymphing techniques and the accompanying gear and gadgets.

Of course, anglers of bygone eras relied heavily on the down-and-across swing technique for fishing wet flies which is also a deadly tactic when traditional nymphing but we’ll save that for a later article (chapter).

Take the basic traditional nymphing rig we just covered two flies on a standard tapered leader crimp on some split shot above the flies and a bobber a few feet further up the leader. That’s an indicator nymph rig in a nutshell.

Really? A bobber? I thought we were talking about fly fishing here?

Okay, in fly fishing lingo we call it a “strike indicator.” But an indicator is simply a piece of buoyant material that’s used to both suspend the flies and weight in the water as well as “indicate” the strikes of fish. Strike indicators come in all shapes and sizes and most serious indicator anglers carry several different varieties to meet the needs of the situation.

Sure, some fly anglers shun the use of indicators saying there’s no place for “bobbers” in fly fishing. But there are several good reasons why indicator nymphing has grown to become perhaps the most popular way to catch fish with a nymph fly rod today:

If you’re looking to start catching fish with nymphs right away, indicator nymphing is a great place to start. We have an entire article (chapter) dedicated to tying and fishing indicator rigs so stay tuned!

Euro nymphing isn’t so much a specific fishing technique as it is an umbrella term for several different nymphing styles developed by European anglers largely for international fly fishing competitions. Under that umbrella, there are sub-techniques labeled according to their country of origin with the most prominent being Polish nymphing, Czech nymphing, French nymphing, and Spanish Nymphing.

A specialized fly rod is usually needed for these “Tight Line” Nymphing Techniques. I highly Recommend the TFO Drift – A Definitive Nymph Fly Rod (Check the great price on Amazon) This rod was built from the reel seat up to be the best nymph rod on the market.

Each of the Euro nymphing styles has its own peculiarities and quirks and each is better suited for different river conditions. But beyond their differences, Euro nymphing techniques all share these commonalities:

While Euro nymphing techniques are associated with competition fly fishing, any angler who wants to catch lots of fish consistently should experiment with these innovative strategies from across the pond!

What do you do when your favorite river is too high and dirty for traditional or indicator nymphing? Do you trade in your fly rod for a spinning rod and start throwing spoons?

Although it’s a bit radical and some might say controversial, there is a way to get your flies down into the deepest holes of a river where you know the big ones are hanging out.

It’s called Chuck-and-Duck. And while it isn’t the “prettiest” way to fly fish, it certainly works.

Chuck-and-Duck tactics were originally developed for fishing steelhead and salmon in the Great Lakes river systems. When the rivers got high and blown out, the salmon would hold up in deep pools where they were effectively inaccessible with standard fly tackle. So instead of watching the spin anglers have all the fun, fly anglers adapted in the best way they could.

Here’s how a typical Chuck-and-Duck strategy plays out:

Is Chuck-and-Duck the purest form of fly fishing around? Not by a long shot. But does it catch fish, You bet it does.

See what we mean. There are many, many ways to fish nymphs. But don’t let this overwhelm you. Think of each nymphing style as a different tool you can pull out to combat the conditions before you. Next, we’ll walk you through how to rig and fish each of the nymph fishing styles explained above so you can put them to use on the river!

Read more about setting up Nymphing Outfit in this article. Selecting The Best Nymph Fishing Fly Rod, Reel and Line.

Another Great Article on this Website is Setting Up a Traditional Nymphing Rig.