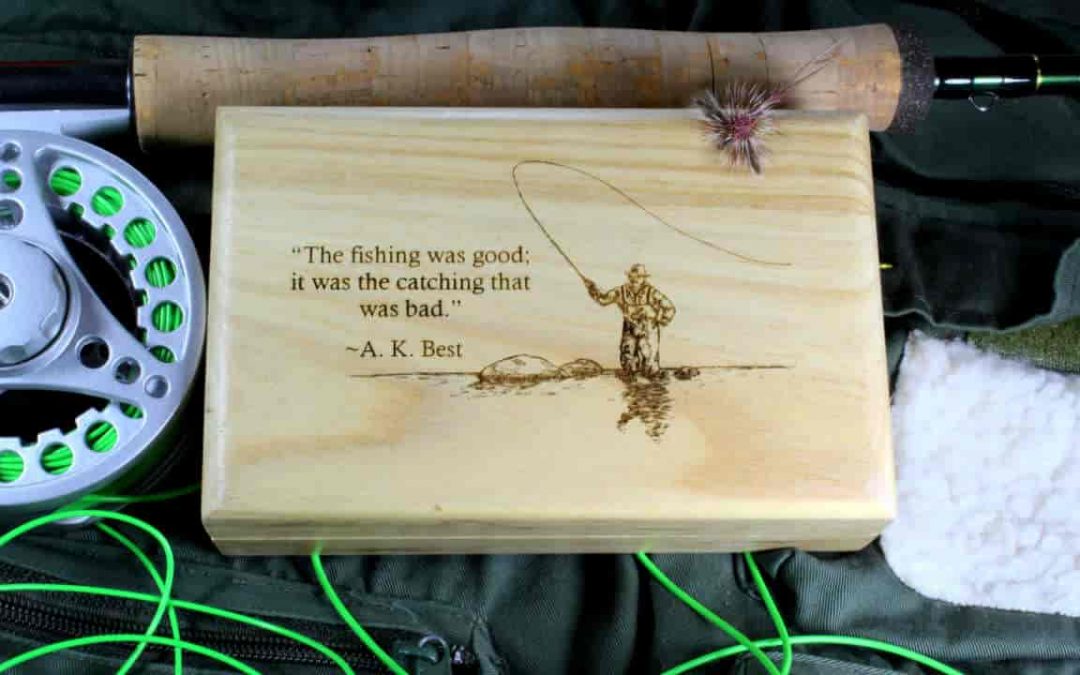 There is certainly something in angling that tends to produce a serenity of the mind.  ~Washington Irving

There is no greater fan of fly fishing than the worm.  ~Patrick F. McManus

Fishing is a… discipline in the equality of men – for all men are equal before fish.  ~Herbert Hoover

I am not against golf, since I cannot but suspect it keeps armies of the unworthy from discovering trout.  ~Paul O’Neil

If all politicians fished instead of spoke publicly, we would be at peace with the world.  ~Will Rogers

The only reason I ever played golf in the first place was so I could afford to hunt and fish.  ~Sam Snead

Men and fish are alike. They both get into trouble when they open their mouths.   ~Jimmy D Moore

Most of the world is covered by water. A fisherman’s job is simple: Pick out the best parts.  ~Charles Waterman

The season is ended.  There was not enough of it; there never is.  ~Nick Lyons

I think I fish, in part, because it’s an anti-social, bohemian business that, when gone about properly, puts you forever outside the mainstream culture without actually landing you in an institution.  ~John Gierach

Many of us probably would be better fishermen if we did not spend so much time watching and waiting for the world to become perfect.  ~Norman Maclean

In the best stories about fly fishing … big fish are caught or lost; people say wild and spontaneous words; event becomes memory and sometimes, in the hands of a master, bleeds into art.  ~Nick Lyons

Fish are, of course, indispensable to the angler.  They give him an excuse for fishing and justify the fly rod without which he would be a mere vagrant.  ~Sparse Grey Hackle

Fishing is a delusion entirely surrounded by liars in old clothes.  ~Don Marquis

Creeps and idiots cannot conceal themselves for long on a fishing trip.  ~John Gierach

Don’t tell fish stories where the people know you; but particularly, don’t tell them where they know the fish.  ~Mark Twain

Bragging may not bring happiness, but no man having caught a large fish goes home through an alley.  ~Ann Landers

Fly-fishing is the most fun you can have standing up.  ~Arnold Gingrich

Game fish are too valuable to be caught only once.  ~Lee Wulff